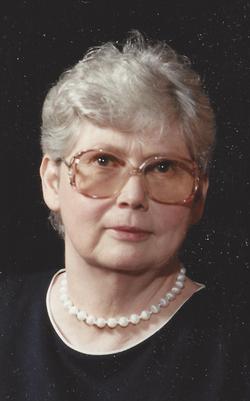 Emory Pickford Jacke Sunday Levy, 79, passed away on Christmas Eve, December 24, 2014, at her home in Morgan, surrounded by family. She was born December 8, 1935 in Webster County, Kentucky to James Lee and Ora Emmer Major Jacke.

Emory was the youngest child in her family; she was the baby sister to five older brothers and three older sisters. As the baby she was spoiled (and she knew it), although teased unmercifully by most of her brothers. She managed to survive and grew up to be loved by all in her large family as well as by anyone who came into contact with her. She was a strong member of the LDS Church and served in many positions, including visiting teacher, early morning seminary teacher, and callings in the Young Women and Relief Society organizations. She was dedicated in all that she did until her declining health kept her from church activities.

Emory worked as a secretary from many years. She received an Associate Degree from Northland Pioneer College in Arizona, the only member of her family to earn a college degree.

She married Bernie Sunday in 1951; from this marriage came two wonderful sons. She and Bernie were later divorced, and she married Lou Levy in 1976. They enjoyed 38 fulfilling years together- both while working and after retirement - traveling in their motor homes.

Interment at the South Morgan Cemetery.

To order memorial trees or send flowers to the family in memory of Emory Levy, please visit our flower store.