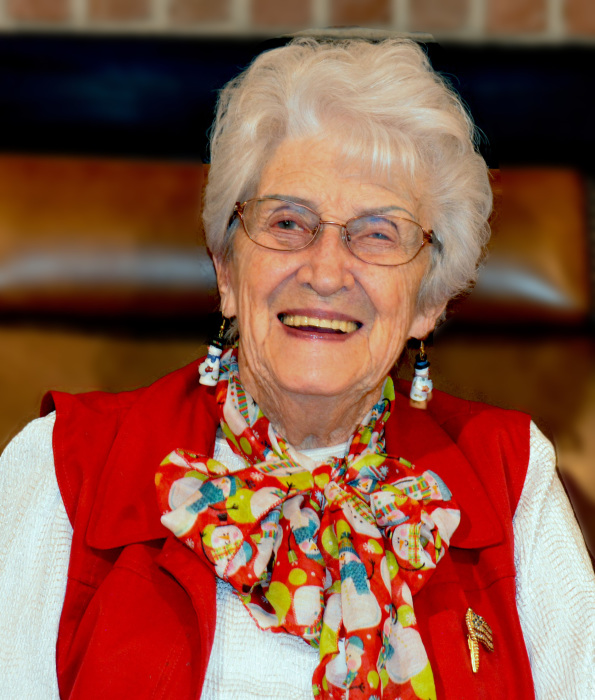 The one who worked so hard for us is resting at God’s will.

Emma Loo is the first born of Albert and Mary Welch on June 22, 1923, in Morgan, Utah.  With her children at her side, she was reunited with her husband, parents, siblings, and friends on Sept 6, 2020, at the Family Tree in Morgan Utah.

Emma Loo spent most of her life in Morgan.  As the oldest child she had much responsibility in the family helping with siblings Venna, Tom, Bonnie, and Lee. She attended school and graduated from Morgan High where she was drum majorette.  She attended business school and later in life worked for her brother Tom and Earl Butters.

On October 25, 1943 during World War II, she married her high school sweetheart, L. Wayne Bell, in Sanford, Florida, in a ceremony performed by Reverend W. P. Brooks.  They had a quiet dinner and then Ensign Bell had to return to the Naval Air Station and Emma Loo to her apartment not to see each other for 2 weeks. They were later sealed in the Salt Lake Temple on Jan. 27, 1944.

Emma Loo was committed to service in her church and community.  She served as Captain of the South Morgan Camp Daughters of Utah Pioneers, on the Cancer Society, Historical Board, raised funds for High School band uniforms, sewed Drill Team costumes, volunteered at the Morgan Fair and McKay-Dee Hospital.  She was a key member of the committee to plan, raise funds, and erect the Veterans Memorial in Morgan.

She held a multitude of positions in the Church of Jesus Christ of Latter-day Saints that culminated in her calling as Primary President serving until the age of 80, where she was affectionately called Sister Friendly.  Her and Wayne served missions in the Philippines and New Hampshire.  They were also temple workers at the Ogden Temple for several years.

Emma Loo the Mom was dedicated to her family and loved family get togethers.  Memorial Day and the Christmas bowling party were her favorites.  She sewed and crocheted making clothes, quilts, and gifts for her family.

She was preceded in death by her husband, Wayne; parents, Albert and Mary; siblings, Venna, Bonnie, Tom;

A service will be held for Emma Loo’s immediate family Saturday at noon in the Rock Church in Morgan.

A public viewing will be from 10;30 to 11:15 prior to the service.  Masks are requested and social distancing will be practiced.  Burial in the South Morgan Cemetery.

A very heartfelt thank you to the caregivers at the Family Tree in Morgan and Encompass Hospice especially Cory who was with the family every day.

Emma Loo would want you to Count Your Blessings and Love One Another.

To order memorial trees or send flowers to the family in memory of Emma Loo Bell, please visit our flower store.