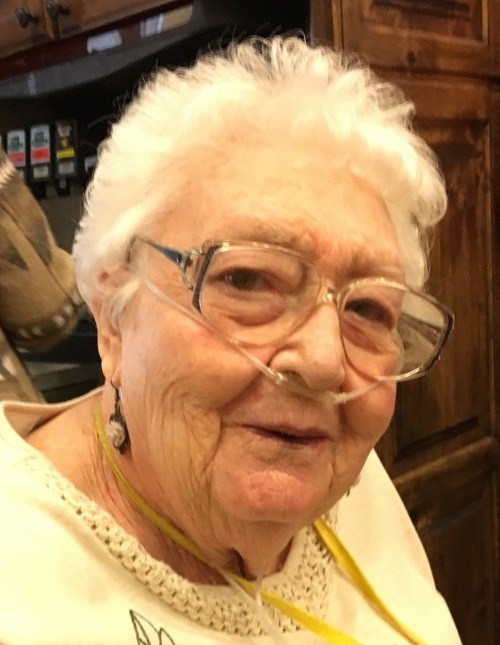 She later married Arthur James (Jack) Winchester on December 22, 1956. They lived in Franklin Park and North Lake Illinois before moving back to her beloved Henefer, UT. They lived there until their children finished school and then moved to Streator, Illinois where they resided until Jack’s retirement, then returned to Henefer to be closer to family.

While raising their children in Henefer, she worked at the Kozy Cafe in Echo, the work was hard but she enjoyed being around people. When entering the cafe you could hear her laughter before you would see her. Many have found memories of talking to Dot while at the Kozy.

Dot was preceded in death by her husband, two brothers, Chad Dawson and Donald Dawson and two sisters RaeDell Dawson and NaVee Bune.

Her smile and her wonderful sense of humor will be greatly missed.

To order memorial trees or send flowers to the family in memory of Dot Winchester, please visit our flower store.