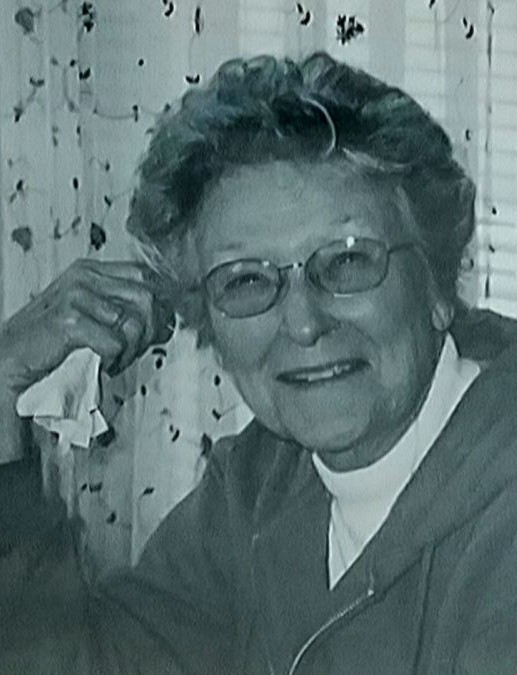 Dorothea May Mueller, peacefully left this earth and passed into the waiting arms of her loved ones on 09/01/2016.  She was 23 days short of her 94th birthday.

She is survived by her adoring children:  Patricia J Tazelaar of Morgan, UT., John A Mueller of Pleasant Valley, N.Y., Christine Remington of Morgan, Utah and Mary Liebert, of Penfield, N.Y.  Dorothy, known as "Dot" to her many friends, loved and was cherished by, her 10 Grandchildren and 20 Great Grandchildren.  She was a most beloved family Matriarch.

" I was born on September 24, 1922 to Samuel Knapp Whitmore and Mary Ann Pothier Whitmore. I had 4 brothers; Franklin, Samuel, Walter & Victor & a half-sister Nathalie. We lived in a large lovely home with all the luxuries a family could wish for such as a car, victrola, piano, beautiful furniture etc. It was wonderful … until 1929 when the Stock Market crashed. My father was forced to sell our home in order to move to a small house in Danvers, MA., where we had acreage to grow our own food to provide for a family of 8. We all loved the country. We would go clam digging with my father and have many nice memories of that adventure. On Sundays, after church we would take our baskets and go blueberry picking. We survived on apples, raspberries and grapes from our orchard, grew corn and potatoes and had chickens and rabbits for food.  I went to a one room schoolhouse heated by a potbelly stove for 2nd and 3rd grade. We would bundle up for our walk in the winter, and carry our little lunch pails filled with a sandwich and homemade grape juice.

"My parents labored to provide for us. It was very hard on them physically and emotionally. Leather was one of the main seasonal industries and my father was a tanner. The Depression worsened and Father lost his job. There were no jobs, so after almost 2 years, we could no longer afford to pay the taxes on the house. We had to move back to Salem, where we had many relatives in the same situation; no car, no home. We then lived in rented homes and moved many times."

"My whole childhood was in the Depression, even so, we never realized that we were poor because money wasn’t necessary to enjoy life. Salem was a wonderful place to live, right on the Atlantic coast. The beach was within walking distance from home. We could spend every day at the beach swimming, picnicking and playing in the nearby park. We would walk down to “The Pipes”, a boatyard where kids would dive off these huge pipes into the water. Forest River Park had a very large swimming pool that would fill with salt water when the tide came in. It was a place to swim without sand. Summers were wonderful, carefree times for us kids. Things were more difficult in the winter. The hardships of the Depression helped to form our characters, and we all grew up to be responsible citizens with loving families."

"In 1939 I graduated at 16 from Salem High School and eventually moved to Rochester, N.Y. to work for my Uncle, then at Eastman Kodak . There I met Edward Mueller whom I eventually married. He served in the Navy as a radar specialist on the aircraft carrier, U.S.S. Lake Champlain. We had four children; Patricia, John, Christine and Mary. In 1960 we moved to Marion, N.Y. where we raised our family and lived for 36 years. I worked as a nursing assistant in the skilled nursing unit both at the Newark Hospital and in private duty. Being Catholic I taught religion class for 11 years. After Ed’s death in 1996, I lived in Palmyra, the adjoining town, for 7 years where I served in the Stephen Ministry. In 2004, I suffered a debilitating hip injury necessitating a move to Hooper, Utah where my daughters and their families live."

"I have met so many wonderful people whom I consider my friends. I had made many trips to Utah in the past and have always loved the mountains and now I can see them everyday. I take much pleasure in spending time with my 4 grandchildren and 7 great grandchildren here in Utah. I visit New York often where my son, Johnny and daughter Mary live with their families. There I have 5 grandchildren and 1 great grandchild, Lorenzo. I now have recovered my health (due to the loving care and attention of said daughters) and am enjoying life very much."

Much happened during the ensuing 12 years, her progeny increased and Dot continued to make friends and move, only to repeat it again.   To know Dot was to love her, she counted everyone she met as her friend.  She loved her Savior, Jesus Christ and lived according to His Holy Teachings.  She was a shining example of grace and noble heritage.  She knew she was a Daughter of God.   We will all miss her dearly and are anxiously awaiting our reunion beyond the veil.

There will be a "Celebration of Dorothy's Life" to be held on September 10th for family members and invited guests. at the home of Patricia and Mike Tazelaar, 478 E. Ridgeline Dr, in Morgan.

A similar service will be held on Tuesday evening September 20, 2016 at 7 pm at Koinonia Fellowship, 500 Main Street, East Rochester, NY.  A private graveside service will be held later at Marion Village Cemetery in Marion, New York where she will be laid to rest beside her husband.

To order memorial trees or send flowers to the family in memory of Dorothy Mueller, please visit our flower store.