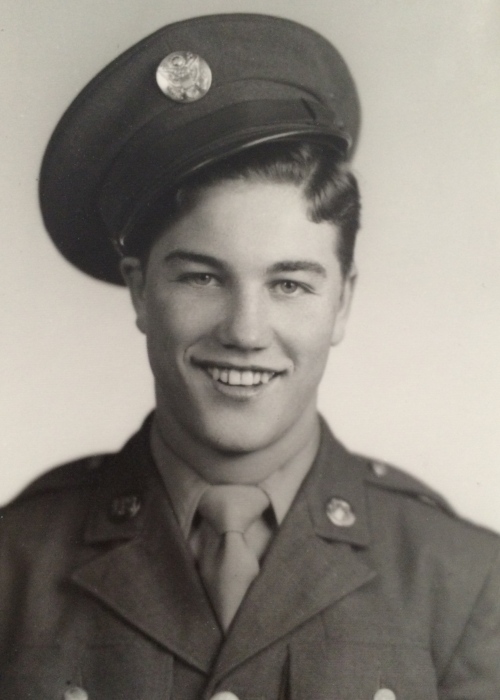 Donald Gale Butters, 89, passed away peacefully on March 18, 2015 in Morgan, Utah. Dad was born June 6, 1925 in Morgan to Delbert and Norma Cobabe Butters. He was raised in Morgan before joining the military at the age of 18.

Dad served in the Army with the 74th Amphibious Truck Company from 1943 to 1946 and took part in the liberation of the Philippine Islands during the battle of Luzon.  He was awarded the American Theater of Operations Service Ribbon, the Asiatic Pacific Theater Service Ribbon, the Philippine Liberation Service Ribbon Victory Medal, and the Bronze Star.  After returning home, he married Donna Bitton on October 7, 1946 and they have been married for 68 years.  Dad was a life-long member of the LDS Church.

Dad was fortunate to retire at an early age after thirty-three years of dedicated service at Hill Air Force Base where he worked as a mechanic.  Dad and Mom spent many summer days at their vacation home overlooking Flaming Gorge, and they enjoyed many winters in Las Vegas, Nevada.  Dad loved hunting, fishing, camping, and horseback riding.  In his later years he enjoyed using his handyman skills to help friends and neighbors with home repairs.  Dad's smile, his sense of humor, and his big heart will be greatly missed by his wife and family.

The family would like to specially thank all of the staff at Family Tree Assisted Living and Hospice for Utah for all of their loving care and support.

To order memorial trees or send flowers to the family in memory of Donald Butters, please visit our flower store.