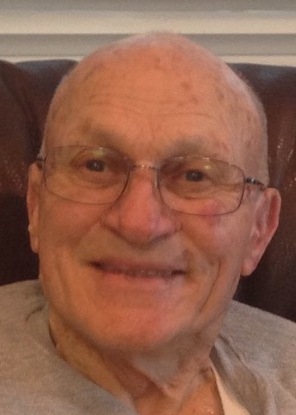 Surrounded by his family, a giant of a man passed away peacefully on September 6, 2017 from the 5 year effects of cancer.  Pop will be known for his quiet nature, sweet smile, work ethic, and gentleness.

Pop proudly served in the US Army National Guard and Reserves.  He was instrumental in the construction of Guardsman Pass and Francis Peak roads.

Pop was a truck driver who loved his profession.  He took tremendous pride in his driving ability.  He started driving for Buehner Block and Dunkley early in his career and later owned and operated two trucks.  Finally in 1993 after 28 years of service he retired from Consolidated Freightways at the age of 59.  He received several million-mile safe driving awards and was proud of that, we all are.  In October 1982 he was awarded the Driver of the Month for the State of Utah.  Trucking and being a truck driver was a topic that he talked about often.  Anyone he saw on the road in a rig and not driving well was a “pot licker”.

With an early love of motorcycles he owned a 1954 Harley Davidson FLH HydraGlide that he modified with pipes made from drive shafts.  We can only imagine the rumble those pipes made.  He later sold it to fund the purchase of the truck he needed for work.  One of the final conversations we had was him telling me to never stop riding, I’ll take his advice, live to ride, ride to live.

As a car and racing enthusiast Pop looked forward to the weekly banter with family over drivers and their cars.  His favorite trip was to the Las Vegas Motor Speedway with his sons and enjoyed walking down on the track and especially the pits.  He knew the year, make, model, and drivetrain options of any car or truck on the road.  He learned mechanics at an early age and passed it on to his sons.

Mom and Pop lived in Morgan the last 16 years.  In that brief time, Pop became the well-known and beloved produce man at Jubilee.  He definitely had the gift of gab striking up a conversation with anyone, anywhere. It was fun to see people light up when they found out he was our Dad.  He could also take quite a while to get his mail as he spoke with everyone in the lobby at the post office.

The family would like to express sincere gratitude to the staff and nurses of Dr. Stephen Lynch, Dr. Vincent Hansen, and the compassionate service of the nurses and staff of MacKay Dee Hospital ER, ICU, and Intermediate Care.

Pop wished for an informal gathering that will be held Saturday, September 16, 2017 at Morgan Riverside Park, 195 E. 125 N., Morgan UT 84050 from 2:00–4:00 pm to celebrate his life and share happy memories with his family.   A private family celebration of Pop’s life is being planned for a later date.

To order memorial trees or send flowers to the family in memory of Don Kay, please visit our flower store.