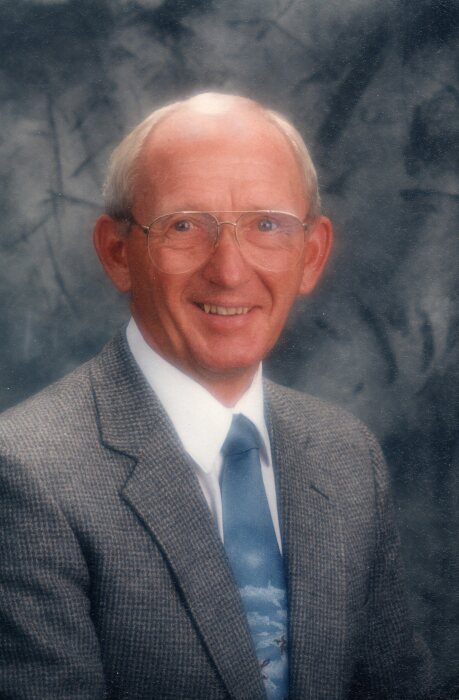 Don was born in 1938 in Henefer, Utah to Ray Joseph and Maina Morton Dearden.

He attended schools in Henefer and Coalville Utah.  He graduated from North Summit High School in 1956 where he was active in Football, Basketball, Track, and Drama.  He was always proud of being an NSHS Brave.

He married Connie Stewart of Morgan, Utah in September 1957 in the Salt Lake LDS Temple.

At the time of his death he was a High Priest in the Morgan Utah Stake 11th Ward.  He previously served in many church callings including Bishop, Bishop’s Counselor, High Councilman, Elders Quorum President, and Teacher.  He also worked as an Ordinance Worker in the Ogden LDS Temple, and as an Usher at Temple Square in Salt Lake City.  In 2003-2004 he served a Full Time Mission with his wife Connie at the St. George, Utah LDS Temple Visitors Center and Historic Sites.

He lived his early life in Henefer, Utah, moving to Clearfield, Utah after getting married, and for the last 52 years in Morgan, Utah.

Growing up he worked with his father in the family dairy business.  He enlisted in the US Army in 1958 and served full time for 2 years.  After the military, he worked with his father in law’s business, Weber Music Company, and as a Salesman for Libby Foods.  He then worked at both Defense Depot Ogden and Hill AFB, retiring in 1994 from the Civil Engineering Department after 27 years’ service.

Don’s loves were Family, Friends, Neighbors, Sports, and especially being a sports official.  For 30 years he officiated Basketball and Football games across the state of Utah at the High School and College Varsity level.  He also officiated hundreds of church and community basketball, softball, and baseball games.  Being an official kept him involved with the sports he loved all his life.

He enjoyed outdoor activities very much.  One of his favorite activities was hunting.  He often said some of the most memorable times of his life were hunts spent with his family and friends.

If Don had a true obsession, it was clean cars and being on time.  He would incessantly wash and clean his car. You never saw Don with a dirty car.

Don is survived by his wife Connie, two sons – Stewart (Jill) Dearden of South Weber, Utah, and Scott (Sandra) Dearden of Morgan, Utah.  Also 10 Grandchildren and 4 Great Grandchildren with 3 on the way. He was preceded in death by his parents, daughter Julie Breshears, grandson Skyler Breshears, and brother Larry Dearden.

A special thanks to the loving staff at Family Tree Assisted Living of Morgan.

Interment at the South Morgan Cemetery.

To order memorial trees or send flowers to the family in memory of Don Dearden, please visit our flower store.