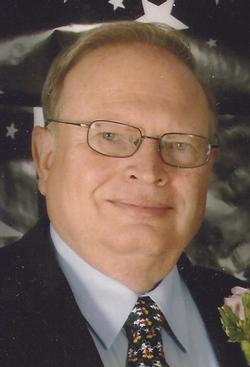 Dean Allen Bates of St. George passed away peacefully surrounded by family Tuesday morning, Oct. 21, 2014 in Ogden, Utah. He was 70.

Born Oct. 25, 1943 in Los Angeles, California, Dean grew up in Eagle Rock, California, as part of the original Garvanza Ward of The Church of Jesus Christ of Latter-day Saints and attended Eagle Rock High School. He served a Church mission to the Southern States Mission from 1962-64. After completing a mission, he was drafted into the United States Army and was stationed for 18 months at Fort Richardson in Alaska.

He attended Brigham Young University and married the former Barbara Ballard on Sept. 4, 1968. They were later divorced. He completed his Bachelor of Social Work from BYU in 1971 and his Masters of Social Work from Utah State University a short time later. He moved to Richfield, Utah, beginning his career with the state of Utah working originally with both Child and Adult Protective Services. His family later moved to St. George in 1992 where he worked for the Department of Services for People with Disabilities until retiring in 2006.

He met Wendy Ovard Christensen and the two were married two years later on April 28, 2000. They were later sealed in the St. George Temple in 2005. They lived for and cherished one another every day they were together, caring for one another through all sicknesses and infirmities.

Dean always had a selfless heart, caring far more about others than he did himself and unconditionally loving all that came his way. His desires were always more for the welfare of those he loved than anything else. He found his greatest joys in being with family and friends and bragged often about them and their accomplishments. His ready smile, quick joke and relating story made all that came his way feel valued and loved.

He served faithfully in the Church in many presidencies, auxiliaries, scouting and with the bishopric. His selfless love and service taught and touched many lives besides his family. Aside from his loved ones and religion, Dean had two other great loves; sports and Mexican food. He thoroughly enjoyed watching BYU athletics, the Utah Jazz and the Los Angeles Dodgers.

To order memorial trees or send flowers to the family in memory of Dean Bates, please visit our flower store.