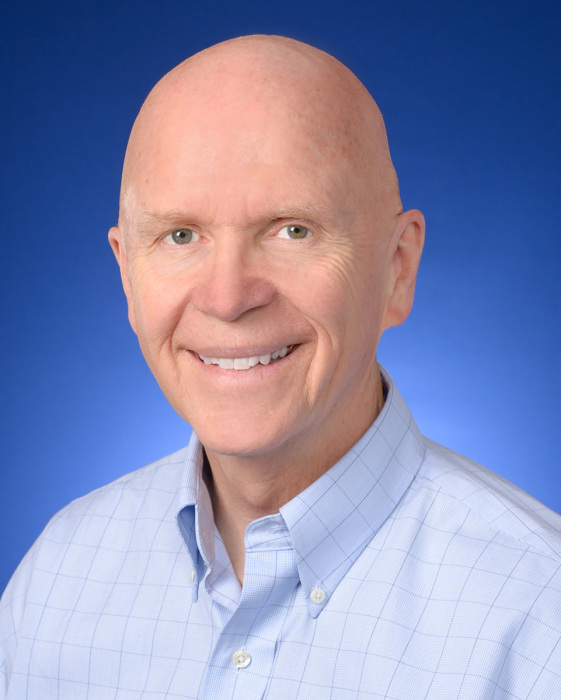 David J Buell, 75, passed on to the next life on November 7, 2022 at his home in South Ogden, Utah, after a courageous battle with ALS. David was born of “goodly parents,” Jay H. and Elouise Buell, in Heber City, Utah. He was the oldest of seven children and spent a happy childhood helping his dad run the family farm and roaming the fields and red ledges of Heber Valley with his friends.

David was a life-long member of The Church of Jesus Christ of Latter-day Saints. At the age of 12, as a newly ordained deacon, he was challenged by a youth leader to complete the requirements for an award available to youth in the church. The award required regular church attendance and the accomplishment of this award was a turning point for David. He continued his activity in the Church from that time forward, earning the rank of Eagle Scout, graduating from seminary, serving a full-time mission teaching the gospel of Jesus Christ in Norway, and laying the foundation for a life of devoted service to the Lord and the building up of His kingdom wherever the Lord took him.

He graduated with bachelor’s and master’s degrees in microbiology from Brigham Young University, leading to a very successful career as a virologist developing some of the most effective vaccines used in the animal health industry. David’s career took him to many places in the Midwest including Jacksonville, Illinois; Omaha, Nebraska; Brandon, South Dakota; Leawood, Kansas; and McCordsville, Indiana. His career provided well for his family (because Dad was nothing if not a hard worker), but more importantly, it connected David and LeeAnn with lifelong friends everywhere they went. David was soft spoken and could talk to anyone and always had a welcoming smile and outstretched hand.

While attending Brigham Young University, he met LeeAnn, the love of his life. They were married and sealed in the Provo Utah Temple of The Church of Jesus Christ of Latter-day Saints. While in Provo, they welcomed two little girls into their family. Over the years, their family continued to grow with the additions of a son, twin daughters, and a bonus baby—also a son. David was a devoted husband and father. If his children know anything, they know that he loved his wife and that she was his priority. He was also the best of sons and brothers, looking out for his mother after the death of his father and keeping in close touch with his siblings.

He taught his children to work hard in all areas of their life whether at school, home, work, or church. He taught them to be diligent, faithful, and obedient servants of the Lord, and he led by example. David’s church service included being the best home teacher any family ever had, the most committed Boy Scout leader (leading many young men to success as Eagle Scouts), and a faithful priesthood holder serving in numerous leadership positions. He enjoyed most his last and final calling to serve with LeeAnn as a counselor in the presidency of the Indianapolis Indiana Temple of The Church of Jesus Christ of Latter-day Saints. He loved the Lord and had an unwavering testimony of the gospel of Jesus Christ, the truthfulness of the Book of Mormon, and of the Prophet Joseph Smith.

David had a “can do” attitude and always focused on what could be done rather than what couldn’t, which included getting the mail until the day he died (no easy feat as ALS progressed). A long-ago quote from one of the many notes Dad wrote in the corners of papers and books was this definition of success: In this marvelous day and age that is ours—an age of instant and prepared foods and most anything else at our fingertips, perhaps it is comforting to realize that success, too, has always come in “cans” rather than “can’ts.”

Dad was the best at doing dishes (in REALLY hot water), vacuuming floors, and folding laundry. He could never sit still and always had to be working at something, unless it was for a few minutes while dinner finished up when he would sit in his chair with his eyes closed, “not sleeping, just resting” his eyes. He was the kind of man who changed his own oil and fixed his own cars and household appliances. Always a farmer at heart, his lawn was meticulously mowed, weeded, and fertilized. Everything he owned was organized and kept in excellent condition (which might have included keeping all the boxes and manuals of every appliance or gadget to enter the home). Each of his sons-in-law has had to remind their spouses that they are not David Buell.

Dad loved to try new things whether it was a new electronic gadget, riding a long board with his grandson, motorcycles and side-by-sides with his son-in-law,  or SCUBA diving with his children. He loved scouting and outdoor activities, tennis, bike rides, and a good movie.

His greatest love, however, was his family. He would drop anything to come to the aid of his wife or a child. His grandchildren will remember him for his fluffy pancakes, Sunday dinner rolls, movie night caramel popcorn, and thousands of hugs that required “mercy.”

He was preceded in death by his parents, Jay and Elouise Buell; his sister, Charlene Hansen; his daughter, JoAnna Susan; and granddaughters, Arianna and Evelyn Gilbert.

In lieu of flowers, please consider a donation to the Humanitarian Aid Fund of the Church of Jesus Christ of Latter-day Saints or to the ALS Association Rocky Mountain Chapter.

To order memorial trees or send flowers to the family in memory of David Buell, please visit our flower store.