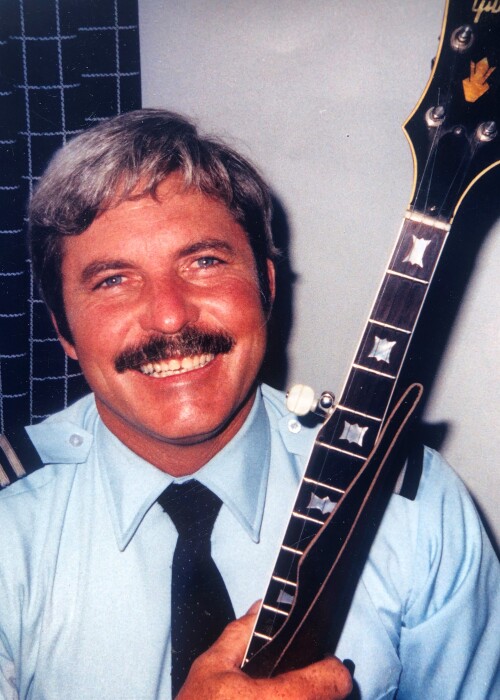 David Ephraim Bates, 84, one of the most extraordinary souls to walk the earth, passed away of natural causes on October 15, 2022.

David was born on March 22, 1938 in Wanship, Utah, the community that was settled by his ancestors and where he lived and served his entire life.  David grew up working the family farm and herding sheep in the mountains around Wanship. After a stint in the U.S. Air Force, David became an esteemed airline pilot for United Airlines, Eastern Airlines, Western Airlines, and finally Delta Airlines, where he retired after almost 40 years of traveling the world. But his true profession was always farming.  When David was not flying, he was either fixing fences, growing hay, or taking care of his cows and horses.

David was a natural musician from his childhood, and mastered several instruments ranging from the tuba to the accordion.  David developed a particular passion for bluegrass music, and played his banjo and guitar almost daily. David entertained the community playing in several bluegrass bands over the years, and was a staple in the Utah bluegrass community.

David’s greatest passion and top priority in life was his four boys. He loved them unconditionally, and taught them the value of hard work, honesty, kindness, and music. David was adored and revered by everyone who knew him, and his immense influence will be widely missed. We are all better because of him.

To order memorial trees or send flowers to the family in memory of David Bates, please visit our flower store.