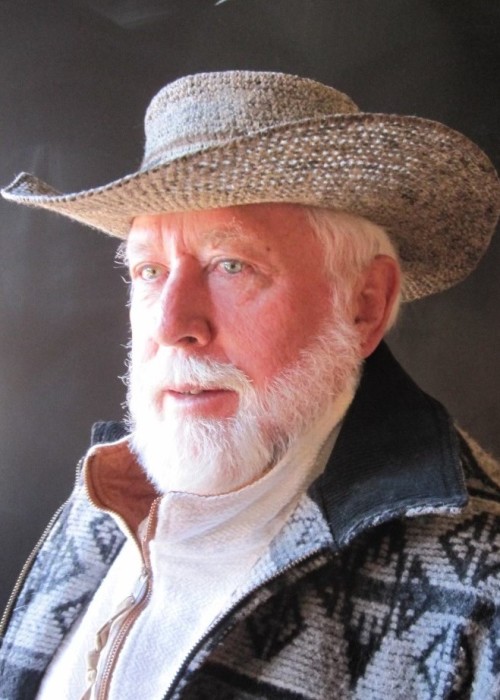 The "most interesting man in the world," Daryl Reese Galloway, 80, of Nederland, Colorado, passed away peacefully on November 28, 2020 after a short, but valiant battle with cancer.

Daryl was born on January 21, 1940, in Ogden, Utah to Orval and Daisy Reese Galloway. Daryl graduated from Weber High School and attended Weber State College. He later received a B.S. in Math from the University of Utah. He went to work for IBM and helped program missions to the moon for NASA and set up air traffic control across the U.S.

Daryl married Karen Seely on September 21, 1962 and together they raised two daughters, Brandi and Wendy. Karen and Daryl later divorced.

Daryl was a world traveler.  Our family globe is marked in every continent and almost every country.  His trips included several safaris in Africa and visiting Antarctica twice. Daryl was a pioneer skydiver (completing over 5,000 jumps), expert pilot, crazy snowmobiler, amazing senior snowboarder and skier, scuba diver, avid golfer and patient fisherman.  He was a lover of nature and fed chipmunks and hummingbirds like he was Snow White.  His sense of humor requires no explanation to those who knew him well. He enjoyed photography, building models, and had a large worldwide beer collection.

He is preceded in death by his parents; sister, Kelly Galloway and brother, Dennis Galloway.

The family wishes to express thanks to all his caregivers, with special thanks to Vicki Schilling.

As per Daryl's wishes, there will not be a viewing or service. Interment will take place at the Uintah City, UT cemetery, Saturday, December 5 at 12:00 p.m.

Condolences may be sent to the family at: www.walker-mortuary.com

In lieu of flowers, donations may be made to the World Wildlife Foundation @ wildlife.org

To order memorial trees or send flowers to the family in memory of Daryl Galloway, please visit our flower store.