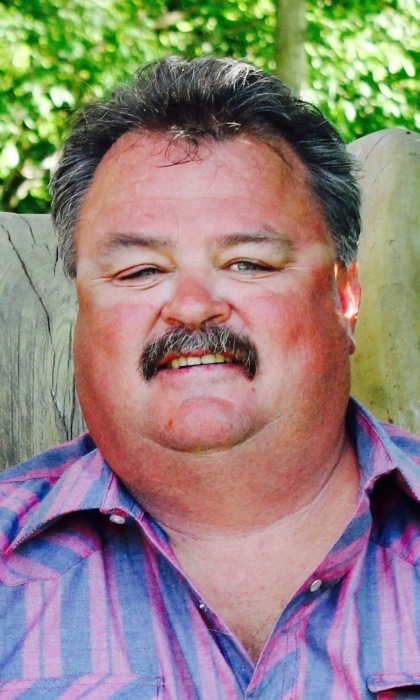 Darrin Lee Hansen, 49, passed away at his home on August 11, 2017 surrounded by loving family.  He fought a courageous and valiant battle with pancreatic cancer.

Darrin, son of John and Ann Tracy Hansen, was born September 23, 1967 in Ogden, Utah.  Growing up in Clinton, Darrin enjoyed playing baseball and training racehorses with his dad.  He met the love of his life, Sheri Sommers Hansen, at the chariot races.  They were married for 27 years and raised three sons that have the same passions as Darrin.

Darrin had a deep love for horses.  He was a jockey in Utah and Idaho in his younger years and loved spending his time at the Price Ranch in Pocatello as a teenager.  He spent most of his days traveling between different barns, galloping horses, breaking colts, and spending time at Woody Green’s barn.  Darrin worked for Gary Waite as an assistant trainer and he later trained his own racehorses, as well as horses for family and friends, while traveling all over the intermountain west.  Darrin worked in the construction business for many years but then found a job he truly loved, driving truck for Wardell Brothers Construction for the past 10 years.

Darrin drove many chariot racing teams during his life.  He was a member of the Beehive and Wasatch Slopes chariot racing clubs where he also served as Vice President over the Wasatch Slopes club for 6 years.  Darrin was known for having a quick hand when driving chariot teams as he usually started whipping before the gates opened, a talent he passed on to his sons.  Darrin was able to pass on his chariot racing skills to all three sons, watching each of them have teams of their own.  He would always say to others “go to the whip”.  Darrin held the position of assistant starter at Wyoming Downs and drove the gate truck for many years.  Not only did Darrin handle a lot of horses in his life, but he taught many young kids his skills and tricks that will be passed on for generations.

Darrin was well known for his infectious laughs, giant hugs, and love for karaoke and old music.  He was a member of the Church of Jesus Christ of Latter-day Saints.  Darrin loved the outdoors and hunting.  He also enjoyed fishing, though he was never very good at it because patience was not a virtue he possessed and his brother Mike always caught more fish.

Darrin is preceded in death by his father, John, his father-in-law Dick “Pops” Sommers; two sisters, Cheryl Hansen Manning and Joanie Hansen; a brother-in-law, Randy Brunson; his grandparents; and many aunts, uncles, and relatives.

Darrin’s family would like to thank the office of Dr. Vincent Hansen, especially nurse Jess, for their help and support.

To order memorial trees or send flowers to the family in memory of Darrin Hansen, please visit our flower store.