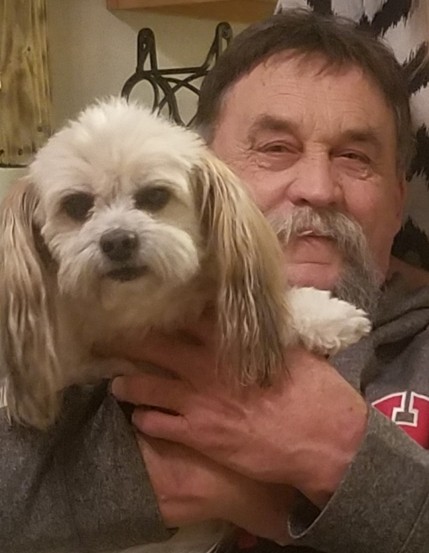 Danny was born December 28, 1954 in Coalville, Utah, to Leon Rex and Donna Carter.

Danny attended schools in Morgan, Utah, where he graduated from Morgan High School in 1973. The songs from the '70's' are some of his favorites.

He married Kathy Nelson and had two beautiful children. They were later divorced and remained close friends through the years.

Danny as a boy worked on the family farm in Porterville then as a framer in his early years and made his career with Mountain Fuel and Questar Gas where he retired in 2016.

He had a love for the outdoors especially camping in the Uintas, bear hunting in Montana, fishing in Alaska and taking trips in his side by side. He was an avid golfer and loved to golf whenever he got the chance, but most of all he was happiest spending time outdoors with his family and grandkids. Being a grandpa was one of the things he enjoyed most.  He had endless amounts of love to give his grandchildren.

One of Danny's strongest and adored connections was with his dog Griz. The love these two shared and how inseparable they were was admired.  In honor of their love,  they will be laid to rest together. We know that reunion between these two will be joyful for Danny to reunite with one of his best friends "Griz man".

Danny loved to garden. He spent a lot of time outside and grew many vegetables. He was always generous to others by sharing his crop. He enjoyed giving neighbors and friends fresh tomatoes, pepper's or anything they could use. His enjoyment of gardening lead to another passion, canning. He loved to put up salsa, spaghetti sauce and fresh corn.

Danny had a love for the Christmas season, he loved visiting with friends, watching the Hallmark channel, making Christmas candy, but most of all getting together with family throughout the holiday season. He always made Christmas magical!

Over the last couple of years, Danny got into wine making and was very proud of his custom flavors of wine and loved to share them with others. He spent time around Bear Lake picking Elderberry's for wine and homemade jelly. You could often find Danny on his porch smoking a brisket or cooking large meals on his smoker to share with family and friends.

Danny also had a gift to tease and harass all of his nephews and nieces no matter how young or old. This type of teasing created a lasting bond and special memories. Many people that knew Danny had a nickname.  He was known for giving them freely. If you had a nickname,  you knew you were loved.

Danny you will be missed.

He was preceded in death by his mother Donna, a brother Dennis and a daughter-in-law Wendy Carter.

To order memorial trees or send flowers to the family in memory of Dan Carter, please visit our flower store.