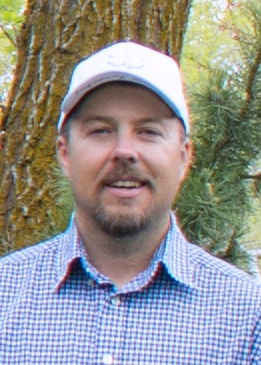 Colby was born March 16, 1977 in Ogden, UT at the McKay Dee Hospital, to Jeff and Melody Little of Morgan. Colby grew up in Morgan, always having a sparkle in his eyes and full of practical jokes. He was always kind hearted and willing to help those who needed it at anytime. After graduating from Morgan High School in 1995, he attended Weber State University. He went on to serve a mission in Seattle Washington. After his mission, Colby married Kasie Himes in 1999. From this marriage came their beautiful daughter Julie. They were later divorced. Colby went on to become a Master Electrician and starting his own business, Little and Sons Electric. In 2012, Colby married Ashlee Davis. They had two more beautiful girls, London and Sylvee. They made their home in Morgan for 5 years before recently moving to Honeyville, UT to build their new home. Colby was loved by all because of his friendly and generous nature. His teasing of family members will be missed.

He was preceded in death by his grandparents Faye Donna Little, and Eugene and Beverly Jones and his mother-in-law Joy Sparks.

Interment will be at the Milton Pioneer Cemetery

To order memorial trees or send flowers to the family in memory of Colby Little, please visit our flower store.