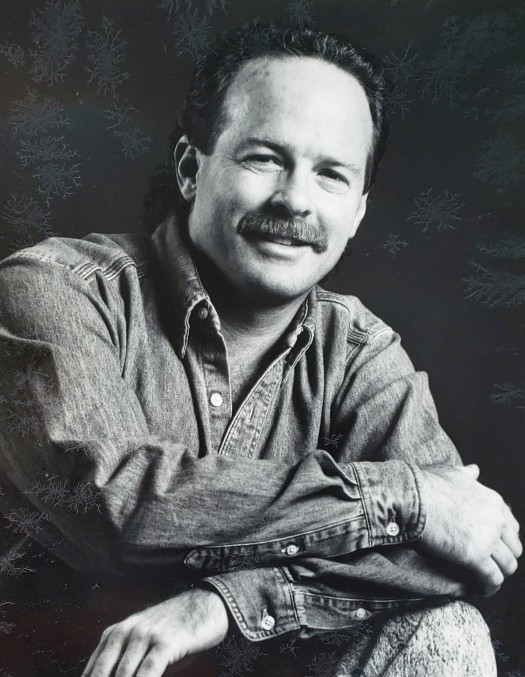 Clark returned to his Heavenly Father on April 5th, 2020.

He suffered complications to a degenerative illness that he struggled with for nearly eight years.

He is preceded in death by his father W Calvin Roberts and survived by his wife Leslie Roberts, his mother Betty Roberts, siblings Connie, Cathrine, Craig, Carrie, Cyndi, and Curt, his children Jared, Alicia, Justin, Dylan, and Madison, as well as Leslie's children Kirsten, Ali, and KC. He is also survived by his seven grandchildren and Leslie's nine grandchildren and his very loved dog Baxter who also misses him dearly.

Clark was born in Salt Lake City Utah. He attended and graduated from Cottonwood High School. He then served an LDS Mission in England. He had a successful career as a computer programmer for many large corporations in Dallas. He enjoyed his work and was very good at it. He also found joy in riding his Harley motorcycle and loved reading and writing poetry. With the collection of his poetry he published a book of poems. In his latter days of life he became a man of few words. He loved life and loved his family and will be missed by all.

One of his early writings from 1966 which echoes his lifelong mission statement is as follows:

"You can only discover when you allow yourself to go beyond ego and pride. Realizing you know nothing and living the moment, stretching your skills and imagination beyond awareness...to discovery."

A celebration of life will be held sometime this summer and will be announced.

The family would like to give a special thanks for the wonderful care he was given by Brio Hospice and South Ogden Post Acute, a skilled nursing facility, where he passed away.

To order memorial trees or send flowers to the family in memory of Clark Roberts, please visit our flower store.

Family to do services at later date