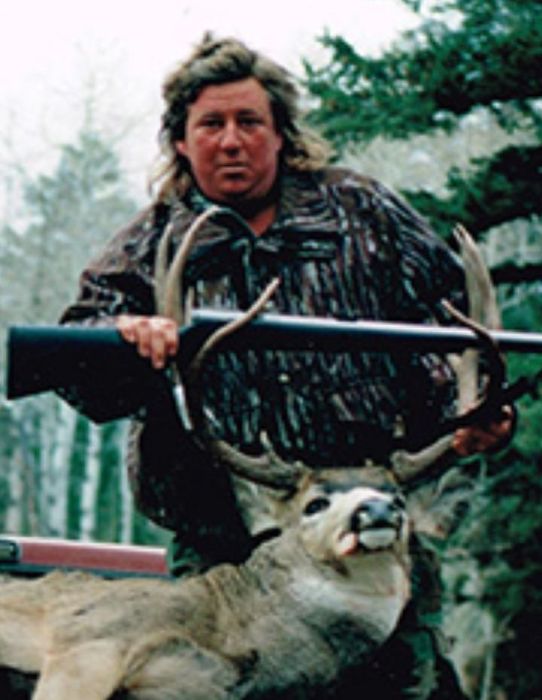 Charles Scott Stagg, Jr., of Echo, Utah, passed away on Tuesday, November 14, 2017, in his home surrounded by friends, pets and all the things he loved.  His battle with prostate cancer was over.  Scott was born in Houston, Texas to Charles Scott Stagg and Mary Ann Standefer Stagg on February 15, 1957.  Scott lived in Huffman, Texas from the age of 6 enjoying the outdoors at Lake Houston and the surrounding woods.  He graduated from Huffman Hargraves High School and attended Henderson County Junior College on a golf scholarship.  In 1983, while working for American Airlines, Scott and his wife Sharon moved to Utah to enjoy the natural surroundings as both Scott and Sharon loved to hunt, fish and camp and they did so as constant companions.  They moved to Echo in 2005.  Sharon passed away in 2013 and Scott’s life was different without his wife and friend.  He began a new endeavor delivering taxidermy coast to coast for taxidermists.

Scott had numerous acquaintances and was widely known.  He worked at The Canyons for a period before Sharon’s passing where he was hailed as a true service professional.  His dogs were a major part of his life and he treated them as family as they were by his side wherever he traveled.  Scott hunted and fished in 43 different states and was a part of the Bassmaster tour for ten years.  He loved rock and roll music having attended over 500 concerts in his lifetime.  He had an outgoing nature and never met a stranger.

Scott was preceded in death by his wife, Sharon, his parents, his sisters Ellen Shumate and Diane Trolinder, and special friend LeeAnn Rowser.  He is survived by his brother, Charles “Mike” Stagg and wife, Linda, niece Michele Clayton, nephews Clay Stagg and Stacey Stagg, cousins Leonard Rogers and Rochelle Wilkes, many great nieces and nephews, friend Bob Dallas as well as special friends that he earned while a resident of Utah.  Scott would want to thank everyone for their help and support during his time in Utah as the State was very good to he and Sharon, but a special thanks for those that saw him through his last days, including great niece Victoria, cousin Leonard, and friends Kory Richins and Ryan Mosher.

Services will be held Saturday, Nov. 18, 2017 at 2 p.m. in the Echo Historical Church in Echo, Utah.  A visitation will be held two hours prior to services at the church.  Pall bearers are Leonard Rogers, Kory Richins, Ryan Mosher, Justin Hobson, Jeremy Geary, Scott Woolstenhulme, Stephen Woolstenhulme and Dean Shulte.

A fund has been set up in Scott’s name at Key Bank for those that would like to help with the funeral costs.

To order memorial trees or send flowers to the family in memory of Charles Stagg, please visit our flower store.