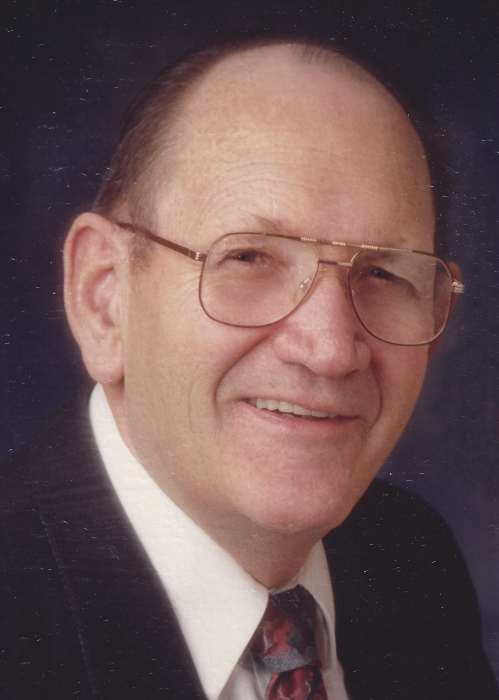 On Thursday, November 26, 2015, Charles Wayne Price age 86 passed quietly from this life with his sweet wife by his side.

He was born in Phoenix, Arizona on January 22, 1929 to Franklin Daybell and Myrtle Pierce Price. He spent most of his childhood in Logan, Utah and later moved to Heber City where he graduated from Wasatch High School.  It was while he was in high school that he spotted the beautiful Jolene May Rich and determined she was the girl he was to marry.  After many trips from Heber to Morgan to court her, he won her heart.  They were married on June 15, 1949 in the Salt Lake Temple for time and all eternity by Joseph Fielding Smith.  After 66 years their love has only deepened and they are still the dearest of sweethearts. They have five children and are the best parents, grandparents and great grandparents ever.

Charles is a devoted disciple of Christ and was a witness for Him wherever he went.  There was no question as to his faith in Jesus Christ and his testimony of Him and the Church of Jesus Christ of Latter-day Saints.  He served in many callings throughout his life including High Councilor, Bishop, home teacher, missionary and one of his most loved callings was with the young men in scouts.  He influenced many young men as they grew up with Charles taking them on hikes in the Uintas, camping trips and white water rafting.

He served faithfully with his wife on several missions.  They served a mission to Macon, Georgia, one in an Ogden inner-city ward and served several years in the Ogden temple.

Charles was an electrician by trade and worked at Ideal Cement, White Motor Company, Four D West, RCA and Hill Air Force Base. He felt all his jobs were preparation for working for the church and his responsibility for the sound and light equipment for the church pageants.  He and Jolene traveled from New York to Arizona for 16 years in this work and served and made many friendships along the way.

Charles loved to visit with people and could make a connection with almost anyone.  His children would say it must have been his job to turn out the lights at church because he would stay and visit so long after! This characteristic just went along with his great desire to serve people. He was always off to fix something, provide a ride, visit a friend, build something or just be there for support.  He was ingenious and smart and understood how things worked. He could fix anything!

He loved to have fun!  He loved to ski and would often take his kids and head for Alta after a good snowfall. He also loved family gatherings, vacations, camping, river rafting and water fighting!

He is preceded in death by his parents, two brothers, one sister, a son-in-law and a granddaughter.

The family wants to thank the wonderful and caring staff of The Family Tree for their tender and faithful care of Charles and their kindness to all of us.

Send condolences to the family at www.walker-mortuary.com

To order memorial trees or send flowers to the family in memory of Charles Price, please visit our flower store.