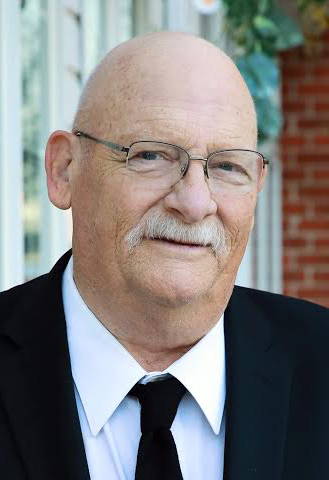 Brock Hall Williams passed peacefully in his home on Feb. 9, 2018 after battling kidney failure.  He previously battled (successfully) Leukemia and prostate cancer. Brock had a life filled with many experiences, and most of all, love.

Brock was born on March 10, 1944 in Clovis, NM.  He was the oldest of three children, born to Raymond and Lois Williams (both deceased) of Ogden.  He has a brother, Bruce (Roxann) of North Ogden, and a sister, Kay (Randy) Farnsworth of West Weber.  As a child in a military family he traveled to many places but spent most of his youth and teenage years in Bossier City, LA.  After the family returned to Ogden, Brock graduated from Ben Lomond High School in 1962.

He married Karen Shaw with whom he has two children: Michael (Kimberly) Williams of Anchorage, AK, and Kathryn (Wayne) Morris of Fishers, IN.  He later met and married the woman he called his “heart and soulmate,” Judith Dickson (who preceded him in death).  They have one son together: Kyle (Treana) Williams of Syracuse.  Brock loved Judy’s three sons as his own: Kent (Laura) Waldron of Farmington; Michael (Laura) Waldron and Chad (Michele) Waldron of Kaysville.  He and Judy have 17 grandchildren and 2 great-grandchildren whom he cherished.

He was an active member of the Stags Auto club as a young man and enjoyed spending time with his friends.  He loved to golf. His mood was often set by how well his golf game was (or wasn’t).   He also enjoyed traveling with his family and friends.

Brock supported his family by working in the automotive supply industry.  He also served in the Utah Army National Guard for 29 years, retiring as a Command Sergeant Major.  Brock’s greatest achievement was caring for his wonderful wife, who battled disease for many years.  Brock received “Care Partner of the Year” from the MS Society after Judy wrote a moving letter about how lovingly and selflessly he put her needs before his own.

Interment will be at the South Morgan Cemetery.

To order memorial trees or send flowers to the family in memory of Brock Williams, please visit our flower store.