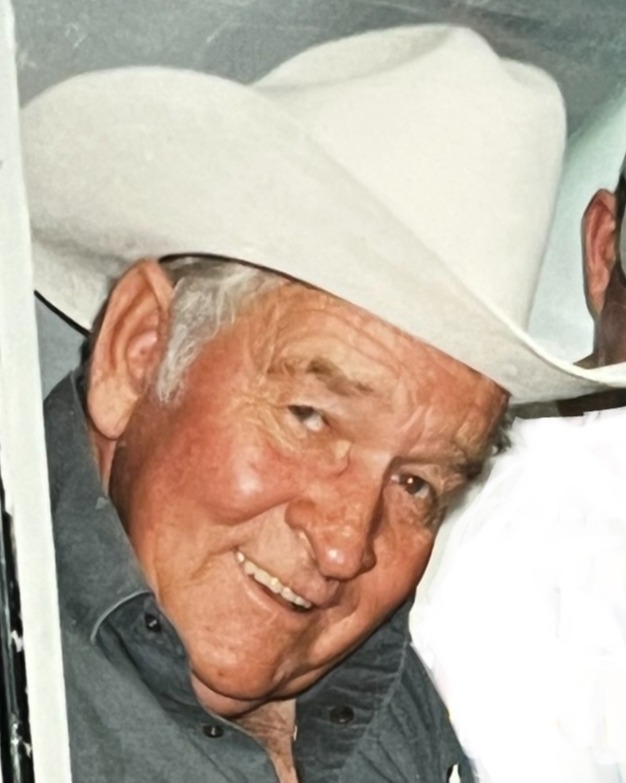 Billy J Mortenson – Billy J Mortenson 88, returned to the Man Upstairs from Scenic, Arizona on January 10, 2023.  He was born September 29, 1934 in Porterville, Utah to Parley and Edith Jasper Mortenson.  He was raised in Porterville Utah and attended Morgan High School where he played baseball, basketball and football.  He met his wife Lucy Irene Gardner at the Trout Springs café where she spilt his milkshake all over him.  They were later married and sealed on May 25, 1956 for time and eternity in the Salt Lake LDS Temple. They were blessed with a daughter and a son, Trina Kay and Cory Jay.

After their marriage Bill served in the Army and was stationed in Virginia where he served as a mechanic. His automotive skills were quickly recognized and he was promoted to head of the motor pool.

When he returned home, he bought an old Mac truck and livestock trailer.  He started hauling sheep, and livestock which kept him busy.  He transported sheep for Mortenson Brothers.  He always liked sheep and they would manage up to 6,000 head at a time.

Bill had a lifelong career working in management overseeing mechanics and also as a driver. He worked for many truck lines including Barton, Rio Grande, Transcon, Utah-Wyoming, and Wardell Brothers.   He had a good time everywhere he went.  The jobs always came looking for him, he never looked for a job.

Bill loved to sing and was a talented yodeler.  He had a song and a joke for every occasion.  He was an excellent hunter and could shoot a deer from where others couldn’t even see it.  He loved flashy things and a beautiful car.  He enjoyed traveling across the country with his wife Irene in their RV.  Together they went camping, fishing and occasional four-wheeling with family and friends.

After his wife’s passing in 2008 he reconnected with an old friend Madeline Strong and chose to spend the rest of his life with her.  They were married January 2, 2009 in Mesquite, Nevada.  They spent their honeymoon traveling over the next year and Bill enjoyed to continue to travel with Madeline and create new memories together.  They settled in Scenic Arizona.

He was preceded in death by his wife Lucy Irene Garner Mortenson, parents Parley and Edith Jasper Mortenson, his brother Wendell Mortenson, and Stepson Kelly Strong.

Those who wish to pay their respects may wear their belt buckle on the left side for the services.

The family would like to thank Mesa View Hospice in Mesquite, NV.  Specifically Hallie, Veronica and Adri for their kindness and support during the end of life transition.

To order memorial trees or send flowers to the family in memory of Billy J Mortenson, please visit our flower store.