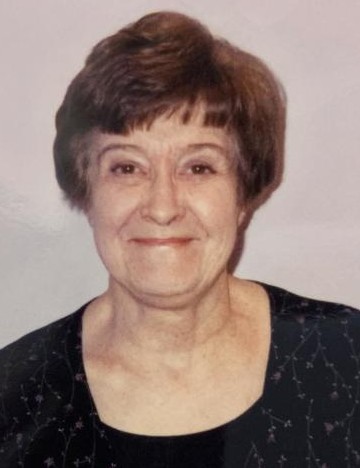 Barbara was born on August 7, 1931, one of two twin girls born to Frank F. and Eliza Hayes Ulrich in Ogden, Utah. After graduating from Morgan High School, she attended Weber College.

She married Wellen P. Carter on June 21, 1950 in the Salt Lake Temple and began married life in Morgan, Utah. She was the mother of four children: Larry Carter (Kate), Joanne Stephens (Kyle), Diane LeRoy (Scott), and Gary Carter (Marci). She was a devoted grandmother of 20 grandchildren and 55 great-grandchildren.

Barbara had an enduring testimony of the Gospel of Jesus Christ. She was a powerful example of faith to all who knew her. She served in many capacities in the Church of Jesus Christ of Latter-day Saints, including ward organist, Relief Society president, Young Women’s president, and Primary president. One of her most cherished experiences was serving for many years alongside Wellen as ushers on Temple Square.

Barbara worked for many years as an administrative assistant at Weber Applied Technology College and McKay Dee Hospital.

She will be remembered for being a wonderful cook, for her impeccable care of her children and her home, and for treasured handmade quilts she made for each grandchild. She was also an accomplished musician, and encouraged her children to develop their talents. In addition to playing the piano and the organ, she was an excellent flutist. She performed in the Morgan High School Marching Band and, later in life, in the Rocky Mountain Symphony.

Family History was a passion and part of the legacy she leaves her posterity. Barbara dedicated much of her later life to researching ancestors in Germany and England. After Wellen passed away, genealogy became part of her everyday routine, and she cherished her service as a Family History consultant and ward missionary.

As a family, we would like to thank Sunridge Assisted Living and Rocky Mountain Hospice for their loving care of our mother.

In lieu of flowers, condolences may be sent to the family at www.walker-mortuary.com.

To order memorial trees or send flowers to the family in memory of Barbara Carter, please visit our flower store.