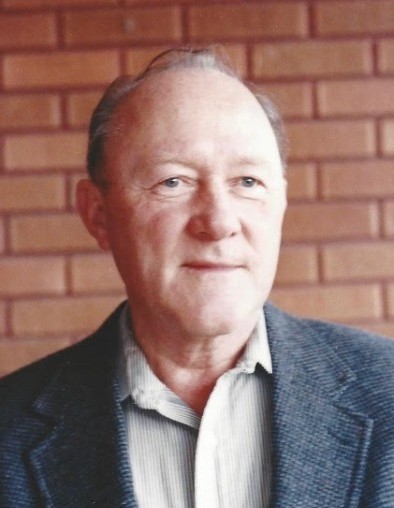 With sorrow we announce that Ariel Croft Knowles passed away on November 22, 2020 in Logan, Utah due to complications from COVID-19. He was born June 5, 1928 in Salt Lake City to William Croft Knowles and Sonora Medine Swensen. He had three brothers and one sister who all predeceased him.

Ariel graduated from Cyprus High School.  He served in the US Army from November 1950 to November 1952 and was deployed to West Germany as part of the 4th Infantry Division.

Ariel spoke of how he was the luckiest man to have seen his future sweetheart at church. On that snowy winter day he was late and the only available seat was in the front, where he saw JoAnn sitting in the choir seats. He spoke with gratitude of how JoAnn Paul had written to him while he served in the military. They were married July 1953 in the Salt Lake City, Utah, Temple.  They were blessed with five children – Lynette, Steven, Janet, Duane, and Kyle and 32 grand- and great-grandchildren.

After receiving a Mechanical Engineering degree from the University of Utah, Ariel worked as a civilian engineer at Hill Air Force Base for thirty-two years, working with many different aircraft and aircraft components. He was especially proud of his contributions to Air Force flight safety during the Vietnam War.

Ariel had a great love for aircraft and first piloted a plane at the age of 18 and continued flying until he was 58.  In 1960 Ariel and JoAnn moved to Kaysville into a home he designed to allow him to build (and remove) an airplane in the basement. He spent many hours carefully constructing a staggered bi-wing single-person plane.

Ariel enjoyed gardening and dedicated part of each summer to caring for his vegetables and fruit trees. The surplus was often shared with neighbors and community food banks.

Ariel had an interest in pioneer history and served at Pioneer Village in Farmington, Utah. He was very active in leadership positions locally and at the state level with the Sons of Utah Pioneers   He helped establish a scholarship program for high school students to encourage interest in the stories of the pioneers.

He was active in and served in multiple callings for the Church of Jesus Christ of Latter-day Saints, continuing even after moving to an assisted-living facility in Logan, Utah, with his wife. His dear wife, JoAnn, benefited from his loving care until she passed away in 2018 due to the effects of Alzheimer’s Disease.

We wish to thank Legacy House Assisted Living of Logan for their kind and loving care of Ariel for the past five years. We also wish to thank Logan Regional Hospital ER, Intensive Care Unit and staff for their care for him during his last days.

A private, family graveside service will be held prior to his interment in the Kaysville City Cemetery.

Graveside services will be livestreamed (see link below)

DISCLAIMER: Live streaming at the cemetery is dependent on cellular signal. If problems occur with the livestreaming check back later in the day and the video of the service will be reuploaded.

To order memorial trees or send flowers to the family in memory of Ariel Knowles, please visit our flower store.